On April 12, 1861 the bloodiest four years in American history began when Confederate shore batteries under General P.G.T. Beauregard open fire on Union-held Fort Sumter in South Carolina’s Charleston Bay.  After South Carolina seceded on December 20, 1860, the state demanded the fort be turned over but Union officials refused.  This was the beginning of the American Civil War. 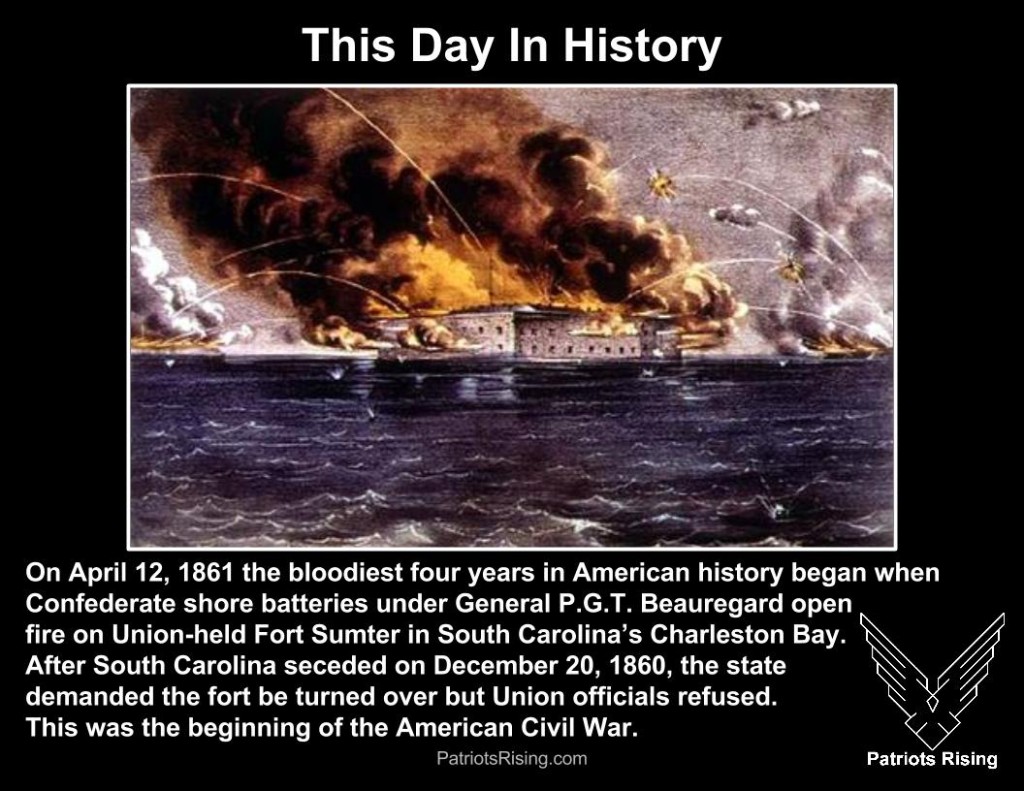