Who’s Discriminating Against Who?

Dis-crim-i-na-tion
Noun
The unjust or prejudicial treatment of different categories of people or things, especially on the grounds of race, age, or SEX

Sex
Noun
Either of the two main categories (male and female) into which humans and many other living things are divided on the basis of their reproductive functions.
Synonym:  Gender

Gen-der
Noun
The state of being male or female (typically used with reference to social and cultural differences rather than biological ones).
Synonym: Sex

Trans-gen-der
Adjective
Denoting or relating to a person whose sense of personal identity does not correspond with the gender assigned to them at birth.

This is not a politically correct RANT and if you are offended we suggest you move on. 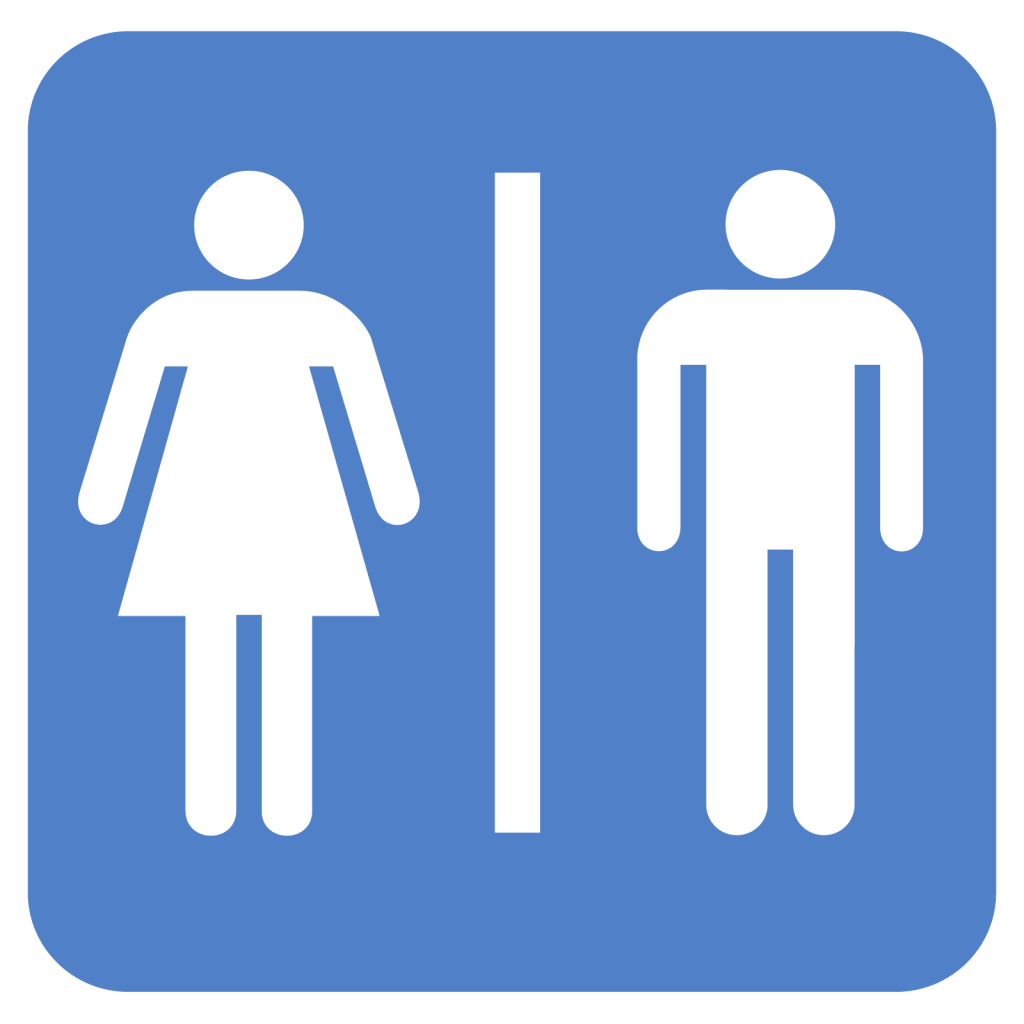 The raging debate over public restrooms is a complete and utter joke.  A transgender is a person that has issues with their sex.  Is this not their issue?  Why is our society making someone else’s issue our issue?  Let’s break this down.  A person was born a man, yet they somehow feel that was a mistake.  They really should have been born a female.  Do you have male parts?  If the answer is yes, you’re a man.  Does it really matter what you think you should have been?  No.  If you have male parts you should not go into the women’s restroom.  That’s just creepy.

This is about political correctness and the insanity it promotes.  Look around and what do you see?  You see a world consumed by political correctness.  Why are we spending so much time and energy on a debate that has no grounds on reality?  If you’re a male, you need to use the male restroom.  If you are a female, you need to use the female restroom.
How is it discrimination if we want our restrooms to remain male and female?  What else is there?  If you’re not a male or a female what are you?  There is no middle ground here, biology and science prove that.  But if you are still confused, simply unzip your pants and the answer will become apparent.

So after reading a little bit you might be thinking this is discrimination and we’re going to burn in hell.  But no, we don’t think so; we have nature on our side.  It’s an argument that can not and will not be lost to delusional thinking of what’s right and wrong.

Now let’s focus on the real discrimination.  Remember the the definition above?  The policies that are promoting the use of restrooms by any individual depending on what sex they “identify” with is discrimination…..but it is discrimination against individuals that are quite comfortable with what their identity is.  Think about it in this manner, and there are reports of this happening, would you want a man walking into the ladies restroom where your 14 year old daughter is using the facilities because the laws have given that individual the right too?  We most certainly would not that to happen to our children.  That 14 year old has the same expectation of privacy as the transgender individual, so what makes their rights more important than yours or mine?  We are discriminating against one class of individuals to justify laws for another class of individuals.  We just cannot wrap our heads around some of the thought processes that are going into these laws.

Let us be very clear to those that might be wondering……..We do not care how you choose to live your life or how you choose to represent yourself to the world.  BUT, when the quest for your rights infringes on our rights, then we have a problem.  This whole restroom thing is discrimination against men and women. Transgenders need to work their issue out and leave the restrooms to those that know who and what they are.