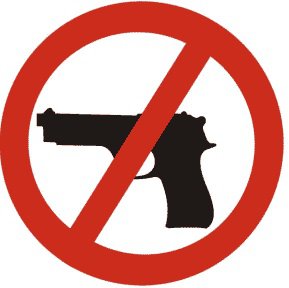 The other day I read an article that was so far from the truth I figured it was a joke, maybe April’s Fools. Nope. It was one authors spin on guns in American and how the carnage in France would have been much worse if the radical Islamic terrorist would have hit here in United States. The author somehow thinks law abiding American’s who carry guns and ARMED police officers would have made the situation worse. You know… it would have for the cowardly terrorist who attacked unarmed civilians. But of course that’s not what the author was claiming. In his mind he truly believes the innocent death toll would have been much higher!

Let’s for one moment imagine the horrific attacks in France took place here in the United States. Our police are ARMED! Many of our citizens are ARMED. Three French police officers ran for their lives because they were unarmed and unable to stop the terrorist. Even if none of the victims in the office were armed the situation would probably have ended on the street when three ARMED police officers confronted them.

I then decided to address my concerns in the comments area of the article and was instantly attacked from all sides. They swarmed in like a pack of wild dogs. My attackers even compared pro-2A advocates to the terrorist. Unbelievable!

I have no idea how anti-gun advocates think. I’ve been giving them too much credit and thinking they were reasonable and rational thinking people. My bad. They go through life with blinders and hate everyone and everything associated with firearms. They preach they only want common-sense gun laws but unlike them I realize people with no common-sense cannot develop these laws. If anyone approaches you about common-sense gun laws know straight up they want a complete ban on firearms. They will not be happy until every red-blooded American is dis-armed and a defenseless victim.