Liberalville, USA is a utopia to some and hell on earth to others.  Liberalville is where the minority dictates policies to the majority.  Why?  It’s simple… WE LET THEM!!!

In Liberalville we place blame on inanimate objects, organizations and groups we have deemed extreme.  You might be an extremist if you love traditional American values.  We never, ever blame individuals because that would be wrong and hateful.  We don’t know  what circumstance caused that nut job to kill innocent people, so we cannot judge them because that would be insensitive; so instead we blame the object and/or organization.  In cases of shootings we always blame the gun and of course the NRA.  Why, because we can and mainstream media just loves the blame game. 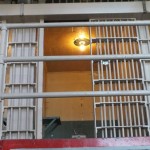 It’s much easier to play the blame game than to fix the issue.  Yes, our liberal friends would suggest we can fix the gun violence issue by banning firearms.  Really, what would this do?  It would take firearms out of the hands of law-abiding citizens and make them defenseless victims for our criminals.  So what would we suggest?  Obviously we have some ideas or we wouldn’t be wasting our time writing this.  One solution to our gun violence would be to really punish those who commit crimes with firearms.  Novel idea!  We do have laws and  punishments for criminals who engage in criminal activity.  Do those punishments really discourage bad mojo?  No, the reward is far greater than the risk.  Therefore, crime pays and pays big.  We must make the risk of being caught committing a crime scary;  scary enough so they think twice.  This will greatly reduce gun violence by scaring them straight.  Will we still have violence?  Yes, not everyone will be afraid of the punishment.  There you have it!  It’s one of the simplest solutions out there.  But wait, this would involve placing blame and punishing an individual.  We can’t have any of that now can we?  Here’s where we run into issues; Liberalville will continue blaming objects. 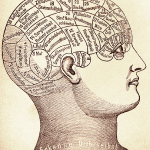 Gun violence due to criminal activity is easy, we just covered it and it makes perfect sense.  That leaves us with the mentally ill and unstable.  How do we deal with gun violence as a result of a mentally unstable person going postal (is that politically correct?) on a crowd of innocents?  Here is where we run into the absurd ideas of our friends living in Liberalville.  They suggest we ban anyone that has ever taken medication or seen a medical professional for depression from owning firearms.  They even suggest individuals that can’t manage their own finances be banned from owning firearms.  This of course isn’t to prevent random acts of violence but rather infringe on the largest number of citizens possible.  It won’t solve anything but it does achieve their goal.  Yes folks, a total ban on firearms is their end game.  Don’t let them tell you differently.  Guns bad!  People owning guns, bad!  The mere mention of the word “gun” in Liberalville causes its residence to foam at the mouth and have eye twitches.  If you get this reaction from the mere mention of “gun”, how can you expect to have a constructive discussion on solving the issue?  You can’t.  Trying to prevent an act of violence before it happens is ridiculous, it can’t be done.  So what’s the solution?  I have no idea and honestly no one has a clue.  Maybe we can rely on family and friends to identify persons on the edge.  Maybe, but what’s to say that family member or friend is being honest? Maybe they’re seeking revenge or maybe it’s an ex-spouse.  Has anyone ever heard of an ex-spouse making up stories to get revenge?  I didn’t think so, never happens.  Now let’s take a look at the person that determines someone is dangerous to themselves and others.  What’s their agenda?  Will they be non-biased?  Maybe we’ll put together a medical panel to review every person at risk.  That could work but where are the guidelines?  We simply cannot predict the future and once we start punishing people for something they haven’t done we can never go back.  It’s a very slippery slope, one that might cause more problems than it is able to solve.

The mentally ill and unstable individuals need our help!  Unfortunately we do not have a system in place that can identify these individuals.  Why?  Because time travel and crystal balls are not currently available.  Judging or punishing individuals for future crimes is a slippery slope and if anyone saw the movie Minority Report they will agree.  So how do we stop the mentally ill from harming others?  That’s a very good question and I’m still waiting to hear a valid answer.

Even though we are unable to predict the future our politicians and lawmakers think they can create laws to safeguard us against the future.  Are you freakin’ kidding me!  So let’s review some of their ideas: 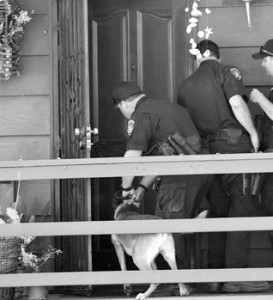 Washington State is proposing a bill that would allow a Judge to confiscate your firearms if a family member or police officer feels you’re an extreme threat!  So the next time you have an argument with a family member they could simple pick up the phone and report you.  What if there’s no argument but they just don’t like firearms?  What if your neighbor feels unsafe with firearms in your home and decides to call the police and report you as a violent individual?

In New York a retired Firefighter got into an argument with his son over a washing machine and his wife called the police.  After everything was settled peacefully the police returned and confiscated his firearm collection.  Why?  Another man was seen by a doctor for depression and the doctor determined he was not a threat to himself or others but his firearms were confiscated.  These are only two stories that demonstrate our system is broke.  There are thousands of military veterans that are unable to own firearms because they were treated for PTSD. 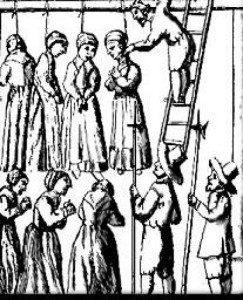 We can learn a lot from history.  If we, as a society decide to go down this slippery slope we will be opening a door that cannot be shut.  Does anyone remember the Salem witch hunts? During the Salem witch hunt hundreds of innocent people were put to death because a family member or neighbor thought they were a witch.  We look back at this time in history and ask ourselves how that could have happened?  Well folks, its beginning again and if we let it happen a hundred years from now they will be asking the same thing of us.

Yes, we have mentally ill and unstable individuals who want to harm others and yes they should be identified and treated but I ask you this:  Who determines this?  Is it a family member, relative, neighbor, police or the government?  Is it determined by your beliefs, a post, or hobbies?  Maybe your religious beliefs?

We are a broken and scared society.  We let the fears of others override our better judgment.  We simply follow the masses.  A child makes an imaginary gun with his/her hand and they get suspended from school.  A group of boys are playing cops and robbers in their front yard and they get suspended. Why and how have we fallen so low that simple things you and I did as children are now reason for suspension?  Could these actions be determined to be signs of early mental illness?  Should we simple play it safe and commit all children that play with imaginary guns to a mental facility?

Let’s pull our heads out of our asses and say enough is enough!  Let’s not start another Salem witch hunt and let’s stop predicting the future.