There’s so much more to firearm ownership than purchasing a gun and storing it in your closet.

Once you have chosen to purchase a firearm you have decided to make it part of your life and a part of the lives of those around you.  Don’t worry, it’s not as scary as it sounds.  Make firearm ownership a hobby and a way of life. 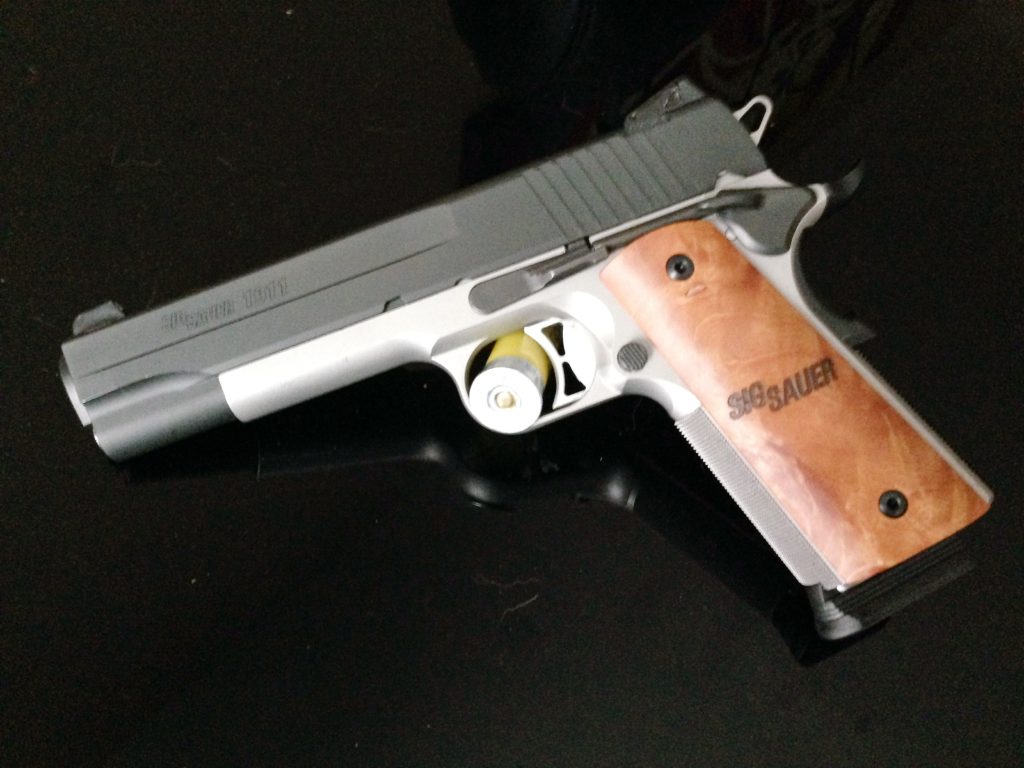 Firearms have been a part of American history since the beginning.  In fact, if it weren’t for firearms we’d still be British subjects.  So, why is there such a debate raging over our Right to keep and bear arms?  It’s simple.  Control.  How can you control an armed populace?  How can you dictate your will on others if they are armed?  You can’t.  Today we have people that would wish this Right away.  It defies logic but some would feel safer if only the government and police had weapons.  Crazy I know.  What do you think would happen to our Rights if we gave up the only Right that defended them?  They would slowly disappear and a tyrannical government would rise to impose their personal agenda on the citizens of the greatest nation that’s ever existed.

A firearm will save your life but only if you know how to use it.  Going to the sporting goods store or firearms dealer to pick out your firearm is not the only responsibility of a responsible firearm owner, that is just the beginning.  When you purchase a firearm, you are in fact joining the largest and most patriotic group of Americans existing today.  There is no tighter bond than with firearm owners, for us it is a way of life.

After you purchase your first firearm you will need to learn how to use it properly.  There are four basic gun safety tips that will keep you and everyone around you safe.

We can say with 100% accuracy that training will save your life.  Whether you’re in an active shooter situation or cleaning and maintaining your firearms.  The more familiar you are with firearms the safer you will be. Remember never to become complacent around firearms.  Complacency is the number one cause of negligent discharge of a firearm.  Notice we didn’t say ‘accidental discharge’, because there is no such thing. It’s negligence.

Finding a qualified firearms instructor isn’t as easy as you would think.  Like with another profession you will find unscrupulous instructors.  You know, the one more interested in earning a buck instead of conducting quality training.  It’s imperative you research instructors before attending one of their classes.  Once you find an instructor, schedule to attend one of their classes and then make your final decision afterwards.  Many instructors will also offer one-on-one training if that’s what you’re looking for.  Please keep in mind that our world isn’t as safe as we would like, many instructors will be very cautious around students they do not know, and they have good reason to.  Instructors have been targeted and killed by students, while others have been accidently shot.  So please keep in mind that you do not know them and they do not know you.  Follow the four basics of firearm safety and everyone will be safe.

Consider training as continuing education.  You should seek out as much training on as many different techniques as you can afford.  Training isn’t cheap but how valuable is your life and the lives of your family and friends worth?  I know, it sounds like a sales pitch, but it’s not.  Doc and I have been around firearms our entire life and we still seek out additional training.  We’ve probably spent thousands over the years and will probably spend as much more in the coming years.  Unfortunately we are not the norm.  Most will never attend training while others only attend training because of local and state laws require them to.  We wish we could provide free training to all but we simply do not have the resources to offer that.

Practicing what you have learned in training is imperative.  Why would you spend the money to learn new skills if you never practice them?  Every single firearm owner out there should have a monthly range visit on their calendar.  It’s easier than you think and it’s one of the best ways to relax and unwind after a long week.  It’s more therapeutic than you can image.  So pull out your smartphone and add a monthly recurring event to visit the range.  You can thank us later.

How many stories do we read where a small child accidentally shoots another after finding a firearm?  It’s not common place, but it does happen more than anyone would like.  In today’s world a gun has become taboo.  It’s a mysterious object that captures a child’s imagination.  In the past a firearm was a tool; it was needed to eat and protect the homestead.  In today’s world it has been demonized.  Schools no longer teach marksmanship and instead they suspend a student for wearing a shirt with an image of a gun on it.  Maybe they made their pop-tart look like a gun or they we’re playing cops and robbers.  This is what we are battling.  Ignorance and political correctness gone wrong.  Who’s paying the price for this ignorance?  Our children.  So please, educate your children and when your firearm isn’t being used please store it in a safe and secure location.  Not only will it protect others, it will also give liberals less ammunition to attack our Rights.

Once you own your first firearm you will become part of the solution; the solution that will win back our nation from elite politicians that want to rule, rather than lead.  It is difficult for the political elite to dictate to an armed populace.  This is why the government is fighting so hard to infringe on your Rights to keep and bear arms.  It has nothing to do with safety and keeping firearms out of the wrong hands.  No.  It’s all about control.  List one gun-control law that would prevent a criminal, mentally unstable person or terrorist from obtaining a firearm.  There isn’t one, yet they continue to pass laws that only impact law-abiding citizens.

There’s a saying “when guns are outlawed, I’ll be an outlaw”.  It’s a catchy statement but it’s 100% fact.  Have you ever been to a gun range?  It’s an experience that can not be put into words.  It’s relaxing and mentally stimulating.  Sounds impossible that something relaxing is also mentally stimulating but it’s true and it can’t be explained to anyone that’s never shot a firearm.

As you can see, there’s a lot of responsibility to firearm ownership and now you understand why it’s a way of life.  Do not be the person that purchases a firearm and then stores it in a closet until it’s needed.  You purchased that firearm for a reason, now learn to use it and help defend that Right by joining or supporting local and national gun Rights organizations.

There’s one more thing you can do to promote our way of life; it’s simple, easy and fun.  The next time you go to a gun range take a friend that’s never shot before.  There are so many people that have never shot a firearm and once they do, they are hooked for life.  Make it a priority to promote our safe and affordable sport and it will last generations.  In  closing I would like to ask if you know of any other sport where a 12-year old, 35-year old and 60-year old can compete together and have fun.  Ok, maybe golf but is that really a sport?